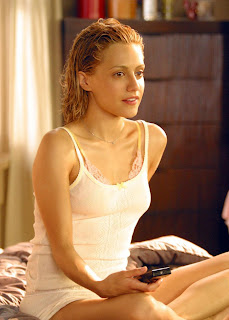 I was sad to hear about the tragic death of Brittany Murphy at such a young age. So many of you were posting and asking what I saw in her chart so here it is.
Brittany was a Scorpio with a Scorpio Moon, her time of birth is not known so we can’t determine her Rising. Scorpio is co-ruled by Mars and Pluto. Mars went Retrograde this morning at 8:26 am east coast, 5:26 am west coast. This means the energy that fuels her physical being had slowed to a stop, shifted gears and reversed. Of course most Scorpio’s won’t suffer cardiac arrest because of this but for someone with issues this is a big trigger.
Her Sun sits at 18 degrees Scorpio, Mars stationed today at 19 degrees Leo, both fixed signs, within a degree of each other by square (the aspect of challenge, obstacles and frustration) so it ‘locked’ in on her vitality (Sun) in a very tough way. Mars is in the sign that rules the heart, Leo. Mars rules blood flow.
Mercury is also about to Retrograde, it is on the degree it will pivot upon this Saturday, the SAME degree as her Sun by the angle of sextile. So we have 2 planets which represent personal energy stopping in the sky within a degree of her Sun, one by square the other by sextile. They have locked onto her vitality and are preparing to move backwards. Mercury is in the sign of limitations and loss when under bad configuration.
Pluto, the other sign ruler, had moved into the degree that locked onto her natal position of Chiron. Chiron represents a wound we carry with us, Pluto is death and transformation. The angle is a trine which means that the deconstruction was one that should have been easier to handle and yet her Chiron is Retrograde at birth so she will tend to internalize the wound and have a bit more trouble allowing it to be opened up outwardly to be deconstructed in some way.
Pluto was in a 3 degree orb of the 150 degree angle to her birth Mars. This angle requires great adjustments and pushes the person to find a way to manage the stress. Her birth Pluto was in sextile to Retrograding Mars and square to Retrograding Mercury.
Pluto is ruled by Venus in her chart. Natal Venus sits at the midpoint between the Retrograding Mars and Mercury, a fated position for triggering some reversal or issue at this point in time. Transiting Venus had just squared (challenged) Uranus, the planet of sudden shocking events, on Saturday night. Caught between the jolt of Uranian energy in harsh aspect and only a week away from meeting up with transiting Pluto on the same degree, the energy would have been quite tough.
Without her time of birth I cannot get too specific but there seems to me to be a woman involved in the whole thing that will come out, there are 2 personas here, perhaps she was interested in this person romantically or this person just had a strong influence. Something written will surface soon enough to show what it’s about. If I had the time of birth I could see what this was.
Her Venus and Pluto are in mutual reception at birth so the strength of these 2 planets take on more energy under this configuration. They can be switched for each other’s positions and will both color the events as outlined above.
Uranus, the only planet to connect to her Sun at birth, had progressed to sit at the midpoint between her birth position of Neptune and the North Node of Destiny, both by semi-sextile, a degree found often triggered at someone’s passing.
When we pull a solar chart for her year, you can see the intense patterns of challenge that were laid out for her, a T-square from her Sun/Mercury conjunction in Scorpio (the sign of death and transformation) to her Moon in Leo (the sign of the heart) and on the other side to the triple conjunction of Neptune/Jupiter/Chiron in Aquarius (the sign of sudden change or shock).
A solar year chart is used in predictive astrology to help fine tune events, when the Suns position today comes around that one day in the solar year chart to sit on a planet there you can expect something to happen or be decided, etc. Today the Sun was at 28 degrees of Sagittarius, the only degree in her solar chart at 28 degrees is the Moon locked into that T-square. So today would have been a trigger day for lighting up that socket of energy in stress and challenge that moved from her vital force to the heart and emotional being, to the sudden change.
It is something to note that Jupiter, the ruler of Sagittarius, is the planet of protection and luck but that as the ruler of religion and faith we find it many times at times of death as a way to help cross someone over in a shielded manner. With the rare triple conjunction tomorrow of Jupiter/Neptune/Chiron completing, we can see that it may have acted as its own trigger to its placement as a strong contender in the T-square in the solar year. In her birth chart, their position as they peak together opposes her birth Saturn in Leo, the energy of loss and limits in the sign of the heart.
All in all she was under a tremendous amount of astrological pressure that was aimed at her life force and heart. I did not meet her while she was here but like so many of you I found her sparkle and talent infectious on screen. My prayers are with her family and loved ones.
ZOE MOON ASTROLOGY COPYRIGHT 2009 ALL RIGHTS RESERVED
Posted by Zoe Moon Astrology at 5:36 PM

CONTACT ZOE TO SCHEDULE YOUR READING: www.facebook.com/zoe.moon RATE OF EXCHANGE: $150