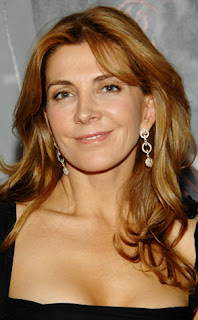 What was going on in Natasha Richardson’s chart that could play into such a vibrant woman’s life and death?
Natasha’s chart was ruled by Venus. Her chart ruler was (is) in Retrograde so her vital energy was in a backwards motion or debilitated on some level. In this backwards motion, Venus has just crossed over her seventh house door opposing her Rising sign or herself/body.
In Natasha’s chart, her house of death was also ruled by Venus. Venus was Retrograde and opposing her Rising (body). Natasha’s birth chart places her Sun in the eighth house of death which in many cases means that her death is significant in some way, or powerful. I might also ad that so was her life, she would have had a profound affect on others and lived in a deep and meaningful way. In this placement, her Sun (vital energy) is making contact in harsh aspects to Neptune and Mars at birth.

On the day of her accident, Mars had just entered Pisces, the sign ruled by Neptune stimulating this connection. The other planet that her birth Sun contacts is Saturn, also in harsh aspect. On the day of her accident, Uranus, the planet of sudden, unexpected, shocking episodes, moved to oppose her Saturn. What does Saturn rule in her birth chart? The fourth house which astrologically means ‘the end of all matters’.
So before we know how she is going to leave her incarnation here, we know from the chart that it will be an important death, one that stands out in some way, that it will involve an accident, blood, violence, the head, or cutting (Mars) and water, ice or poisoning (Neptune) and it will be perceived as a loss (Saturn) in a sudden and unexpected way (Uranus). All that was needed was for the planets to lock into place to key this pattern in her natal chart.
It took me a moment because death in my experience in chart work always includes a semi-sextile of importance so I looked for it and there it was, Saturn, the planet involved in harsh aspect to her Sun (vital energy/body), the planet of limitation and loss was Retrograding into semi-sextile to her Rising degree (the other indicator of her physical body, ruled by Venus in Retrograde).
There is another way to triple check the chart, you count a degree per year for the significator of the death house forward in her natal chart to see if it locks into any thing. In Natasha’s chart, by counting her Saturn forward a degree for each year of life, it comes exactly to rest on Jupiter, the planet of expansion and religion and one notorious for blessings and excepting a soul into the bossom of heaven or the after life, however you would like to view this transition, Saturn moves to sit on this birth Jupiter which is placed in her house of health in the sign of Aries (ruled by Mars of accidents, cutting, blood, the head, and violence).

I might also ad that her Jupiter in her birth chart is peregrine, meaning that it does not connect with anything else in her chart so it has a more powerful affect when triggered and will in the end have a more powerful affect in the sphere of her life. This peregrine Jupiter makes ghost aspects to her marriage partner and to Saturn on the door to her house of children and true love, meaning she is crossed over but kept in their hearts. I might add that the presence of a peregrine Jupiter means she was very aware of the flood of love crossing her over and was extremely protected on a spiritual level in this crossing.
I am sharing this with you because I believe that there is much for us to understand about how and why we leave when we do. This was a woman of talent and love who was vital and involved fully in life, who created a family and a future and then departed without getting to experience what would normally be considered the breadth of that life. But here is her blueprint, the pattern she came into life with, and that described some of her greatest talents and gifts as well as her sudden death.
The chart does not happen to us. We are the chart, we come to fulfill it and it is a material visual of what we are capable of if we reach for those stars. So in this life, this special woman’s life, let’s see how courageous she was to live the time she had in fullness, to fearlessly embrace the joy and moment. And let’s let her courage teach us not to fear what is in front of us on our journey. It will end when it will end. Until then, there is a lot of living to do.
Please send out at this moment your positive energy to her and her family.
ZOE MOON ASTROLOGY COPYRIGHT 2009 ALL RIGHTS RESERVED
Posted by Zoe Moon Astrology at 2:02 AM

Very interesting and helpful to our own lives as well. I was particularly gratified by the words

"she was very aware of the flood of love crossing her over and was extremely protected on a spiritual level in this crossing."